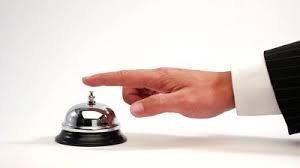 'The Best Test Tool I Ever Had'

Test tools come, Test tools go...Over the last 20 years it's true, we have come a long way in terms of;

However, for the purposes of this Blog I would like to share with you the single most effective Tool I have ever used which was non-proprietary, inexpensive and frankly, awesomely effective.

Many years ago I was contracted to deliver Test Services for an Organisation who were inexperienced in delivery in the Software arena. Having won a large contract they secured the services and half a dozen top Developers and brought me in to keep them 'Honest' !

With the Developers in one room and Test in the other we started in a fairly combative mode which became more formalized by the Dev's designing and implementing a Defect Tracking Tool to 'Manage' my nagging issues and challenge their 'Perfect' code.
Lovely as their Software was it fair to say it was pretty cumbersome for the size of the Organization and frustrating in that by the time a defect was raised, screen-shots captured, Severity and Priorities assigned, and resolver allocated - Then the Dev guys doing their thing (usually starting with rejecting my defect) we were just loosing time and focus.

Hence my cunning plan was hatched.. Monday came around with the Developers following their normal routine, shuffling past me mumbling 'Morning Nemesis' and disappeared to the desks in the next room, closing the door behind them.

And so it began... After an hour or so I had identified what I believed to be a Defect. Instead of logging onto the Defect Tracking Software I opened my bag of tricks and took out a shiny new bell, you know the ones on Hotel reception desks,? Yep one of them...
Placing it on my desk I raised my hand, took aim and whacked that bell for around a minute until the Development gang came in to find out what the crazy Test dude was up to...

"What's that" they quizzed
"Its a bell" I replied
"What's it for" they continued
"To get your attention !" I retorted
"Why"
"Does this look right to you ?" I asked

They ALL wandered round to look at my screen. I proceeded to talk then through the steps I had followed and the subsequent outcome and asked them if they agreed it was problem?

Instead of rejecting my 'Defect' they took it upon themselves to diagnose the issue there and then, suggest to the Developer responsible the 'error of his ways' in colourful language and within no time at all a fix was deployed.

Thus the Bug-Bell was born ! I recall it only cost me a couple of quid and the daily ritual of Bug-Bell Testing at 9am, followed by the ringing of the Bell when observations were identified worked every time. The Dev guys would pile around my desk, we could talk about my findings and by means of good old fashioned conversation we could agree the resolution steps!

Whilst I do not underestimate the value of Tools across the board, they expedite Scripting, Automation, Workflow progression BUT nothing is more effective than good old fashioned talking, taking the time to understand the issue at hand and coming to a consensus. No matter how amazing the Tools are they cannot replicate that simple courtesy..

As a footnote the Bug-Bell then developed further into a ritual weekly session where the Development team waited with baited breath on a Friday morning for me to present a child's Cowboy hat, holster and guns on the PC of the Developer who had the highest defect score for the week, the individual then had the privilege of buying lunch for us all at the local Pub - most acceptable :-)